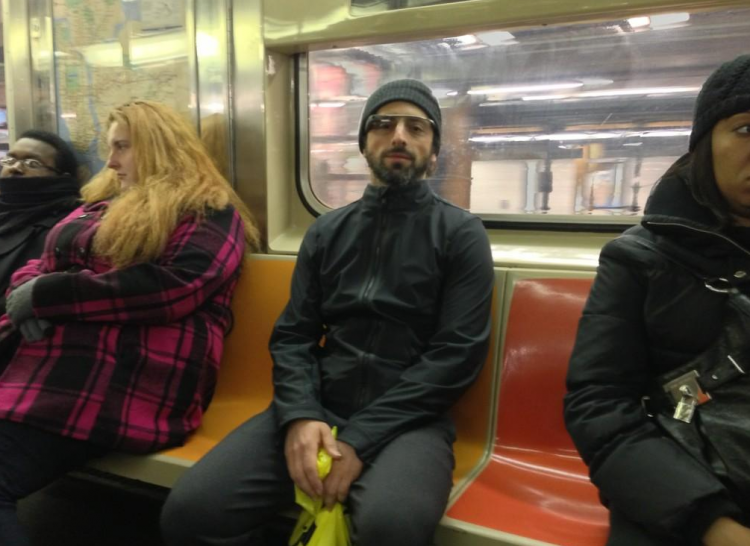 Gadget fiends got their first real-life sight of Google Glass in January this year when Google founder Sergey Brin was caught riding the New York subway wearing a pair of Google’s new glasses.

Since then the excitement about this cool new gadget has been tempered somewhat, by an equally loud backlash from some technology and privacy commentators who argue that we should be concerned about the new level of engagement and interactivity with our “real world” that Google Glass offers, not embracing it.

Google Glass, a pair of glasses with a miniaturised web-camera and browser, allows you to walk along the street – or indeed wherever you are – and like a fighter pilot, have a head-up display that allows you to surf the web, get email alerts and social media updates; much of which is voice controlled.  All very exciting surely?

But what seems to have got everyone concerned is the ability for you to record everything that is going on around you.   Of course we can already record the world around us with our smart-phones.  Most breaking news events already rely on footage shot by members of the public – so called citizen journalists – who first reaction to any event tends to be to grab the smartphone first, and help later!

So surely the ability to simply record content can’t be the issue for privacy advocates?  Nor surely does it stack up to say that when someone records on the smart phone it’s more “obvious” – you can spot who is filming you.  I’m not sure that anyone wearing Google Glass is going to blend into the background – in the short term at least.

So what is it that everyone is getting excited about?  Perhaps it’s that people are more worried about the sinister way in which Google may act alone in using Google Glass data.  After all Google is a data company.  It lives and breathes data – and whilst it argues much of the time that the data it collects is simply used to improve its search engine algorithms, it does seem to have form for simply grabbing data – whether it has permission or not – with a view to storing it, even if it hasn’t at that point in time decided what it wants to do with it.

Critics of Google, and Google Glass, point to the way in which Google Books started scanning thousands upon thousands of books, many of which were still in copyright, without the permission of the author.  They point to the Google Street View project.  After the first Street View project got off the ground many home owners “removed” themselves from the project, however Google having just republished fresh images, appears to have ignored home owners “opt-outs.”  That combined with Google’s intercepting of passwords and other personal and sensitive data from Wifi networks during Street View has put Google on a collision course with regulatory authorities in countries such as Germany, and more recently the UK’s Information Commissioner’s Office.

So the argument seems to be – it’s not about being filmed per se that people are concerned about – after all in the UK we have almost 2 million CCTV cameras (whilst CCTV is less common in the US it’s use is growing – New York has around 3,000 cameras and Chicago 10,000) – but that CCTV is perceived to be there to protect us from crime.  We hope at least that if we’re caught by a CCTV camera going into Tesco, we’re not suddenly going to find that information appearing on our Facebook page, or marketing from Tesco or its competitors coming through our letter box like confetti.

And that is the crux of the issue for privacy campaigners.  Will vast streams of information be used to market to us.  Will we suddenly find that status updates about us appear on social monitoring, even though we’ve not posted them ourselves?

Beyond the fears of becoming targets for real-time personalised advertising, will Google Glass lead to a change in behaviour?  As Google Glass becomes more widespread will people think about their about when they’re in public for fear of being filmed?  And if so is that a bad thing?  Might we see more people queuing patiently in a store, more people giving up a seat for an elderly person on a train?  That’s great – surely that makes Google Glass the nudge to a better society!?

Well maybe not quite that.  But what’s for certain is that although they’ll almost certainly be headlines about individual cases of privacy breach from Google Glass, individuals in Europe claiming Google Glass breaches their right to privacy under Article 8 of the European Convention on Human Rights (otherwise known as pay-day for lawyers!), and the on-going battle between Google and government regulators, don’t think that it will spell the end of Google Glass.  They’re here to stay – and will be hugely popular as prices comes down.  And for many individuals, particularly those who are younger, sharing information and using social media is a deeply ingrained part of their lives.  They’ll embrace Google Glass not reject it.