The Corporate States of America 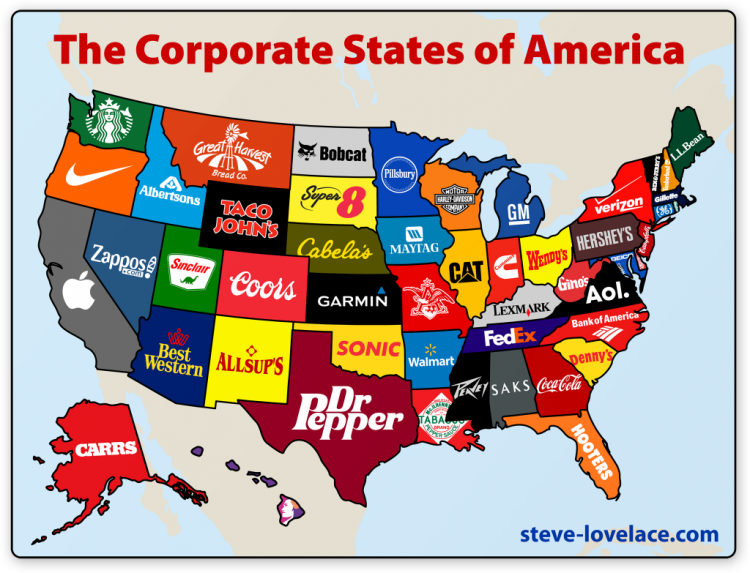 The “Corporate States of America” is a map created by writer, photographer and artist Steve Lovelace.  His project, which shows the most famous brands to have come out of 50 US states, has got plenty of people talking – mostly about whether or not the brand he’s picked is the right one.  For instance Apple is the brand chosen for California, but why does Apple make it to the top ahead of Google and Facebook?

Lovelace created his brand-map after writing an article on “corporate feudalism.”  He believes that as companies grow ever bigger and more influential, that the power of government becomes less and less relevant.  He suggests for instance that people will come to think of themselves as citizens of Apple for example.

The map also perhaps highlights that not all states are born equal.  Whereas some states such as Alaska and New Mexico have few big companies, others such as California as noted above, are inundated with them.  Of course this disparity is much to do with established networks and hubs – the availability of finance, staffing and location of a particular state.

In creating his map Steve Lovelace has also not necessarily used the biggest company within a particular State.  For instance in Texas, the home of the oil industry, he chooses Dr. Pepper instead of perhaps the more obvious ExxonMobil.